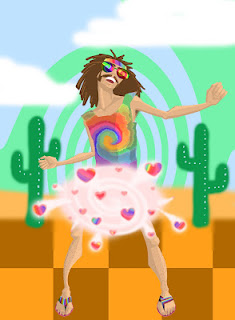 
OKMULGEE, Okla. (AP) -  The Oklahoma Highway Patrol says a portable methamphetamine lab exploded in a man’s pants as he tried to run away from a state trooper during a traffic stop.

Tulsa television station KOTV reports the incident happened shortly after midnight Friday in Okmulgee County. Authorities say the man tried to run away when the trooper asked him about a chemical smell.

Trooper Shiloh Hall says the man had an active meth lab in his pants that burst during a struggle with the trooper. The man was checked out by emergency personnel and booked in the Okmulgee County jail on a drug charge.

A portable meth lab is also known as a one-pot lab, where a smaller batch of the drug is manufactured.
Posted by Sam at 5:05 PM