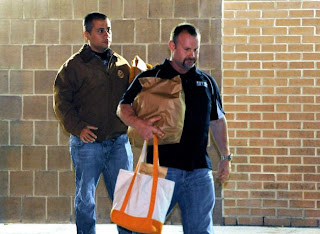 I hope for his sake he has a good place to hide until the trial starts.

MIAMI (AP) — In a low-key event, George Zimmerman was released from a Florida jail on $150,000 bail as he awaits his second-degree murder trial in the fatal shooting of unarmed teen Trayvon Martin.

The neighborhood watch volunteer was wearing a brown jacket and blue jeans and carrying a paper bag as he walked out of the Seminole County jail around midnight Sunday. He was following another man and didn't look over at photographers gathered outside. The two then got into a white BMW car and drove away.

Zimmerman gave no statement as he left the suburban Orlando jail.