The sounds of justice 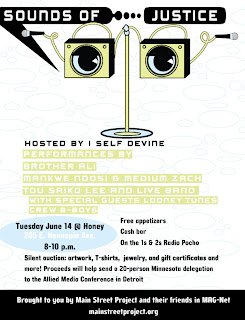 Its justice being served.

For seven years, the bars and shacks on the gritty east edge of Houston served as unsightly venues of serial sex crimes where a convicted human trafficker ruled with threats, and Mexican teens as young as 14 were battered, forced to live in sheds, and toil as cantina call girls after being smuggled to Houston.

But U.S. District Judge Lynn Hughes ruled Tuesday that five of the youngest victims in one of the city's most visible human trafficking rings will benefit from the sale of ringleader Maria "Nancy" Rojas and her husband's bars and the rest of their ramshackle real estate empire, according to instructions delivered to prosecutors.

It is the first time prosecutors have successfully pushed for forfeiture of assets for the benefit of sex trafficking victims in Houston - and among only a few cases nationally, said Edward Gallagher, a senior federal prosecutor who heads Houston's Human Trafficking Rescue Alliance (HTRA).