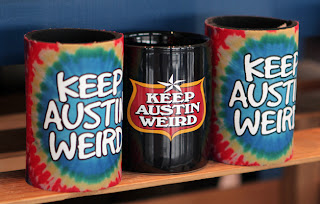 If anyone, anywhere, was going to be beaten to death by a guitar you'd figure it would be in Austin.

AUSTIN -- Police have made an arrest in Austin's ninth murder of the year. Police say a man was beaten to death with an electric guitar.

Officers were called to the Barcelona Apartments at 2101 Elmont Drive in Southeast Austin Sunday April 22 at 9:25 a.m.