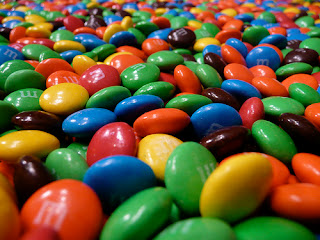 This seems to me to be a bit of a stretch.

Perhaps the mother is guilt-stricken and wants to take the fall?

A Long Island woman accused of feeding M&Ms that contained traces of peanuts to her disabled and allergic 8-year-old pleaded not guilty Wednesday to an upgraded charge of second-degree murder in the child's death.

Veronica Cirella, 31, of Plainview, was ordered held without bail in the July 23 death of her daughter, Julie, who was found only hours before she was set to be a flower girl in a cousin's wedding. Cirella had previously been charged with manslaughter.

Attorney William Keahon implored the Nassau County judge to release his client on bail, contending an autopsy has failed to determine a cause of death. But the judge cited Cirella's suicide attempt the day her daughter died and the fact that Cirella is now facing a potential life sentence as reasons to hold her in custody until her trial.