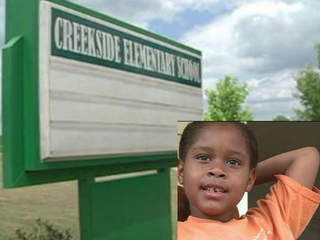 The kid must really be a badass.

Of course their little darling has been wronged.  Call Al Sharpton!!

MILLEDGEVILLE, Ga. - Milledgeville's acting police chief, Dray Swicord, said Tuesday that he stands by an officer's decision to handcuff an elementary school student for safety Friday after she allegedly threw a tantrum.

Swicord said the arresting officer is not under investigation for his actions.

Meantime, the girl's parents are trying to rally community support.

The parents said they're meeting today with local activists and ministers.  Oscar Davis Jr., who identified himself as a community activist, said they plan to get attorneys involved and they plan to contact activist Al Sharpton.