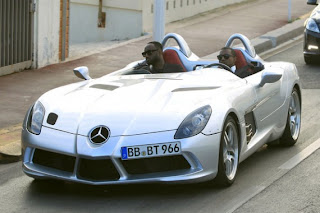 BOLO for upscale bangers in a white Lexus or Mercedes.

A 31-year-old man who was shot at least 10 times, including once in the head, died Tuesday night in the 3200 block of East Southcross.

Police Commander Cris Andersen said the man was standing in a driveway with his brother when witnesses said four men in a white Mercedes or Lexus car, all armed with semi-automatic handguns, pulled up, got out of the car and opened fire on the man. Andersen said 24 shots were fired and the victim was hit in excess of 10 times. He was pronounced dead at the scene. His brother was uninjured.

Andersen said police were investigating what led to the shooting and are looking for the suspects in the white Mercedes or Lexus.