Nice of him to help himself 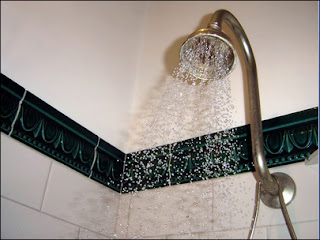 I guess he's clean now and had a good meal.

Off to jail now; okay?

JOSHUA TREE, Calif. (AP) — Police say a naked burglar has been arrested while taking a shower after he sipped champagne and ate a meal in a Southern California family's home.

San Bernardino County sheriff's Sgt. Steve Wilson says 25-year-old Michael Calvert was arrested at gunpoint by deputies while he lathered up in the shower Thursday night.

KCDZ radio says that after helping himself to a bottle of champagne and a meal, Calvert decided to take a shower in the Joshua Tree home. The Mojave Desert community is 130 miles east of downtown Los Angeles.