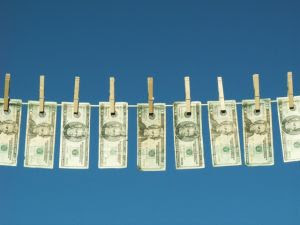 This investigation took a long time to put together I bet.

Hopefully it will put a dent into the laundering scheme.

However, we have to try to keep up as the schemes change.


The schemes used by cartel financiers are constantly evolving as authorities find new money-laundering methods and take steps to shut them down.

When Congress passed the Patriot Act in 2001, it put in place reporting requirements for cash deposits that forced money launderers, including those for Mexican cartels, to change their tactics, said Jim Dowling, managing director of the Dowling Advisory Group and former Anti-Money Laundering Advisor to the White House Drug Policy Office.

Billions of dollars that was being deposited in U.S. banks started going to Mexico before slipping into the U.S. economy, Dowling said.