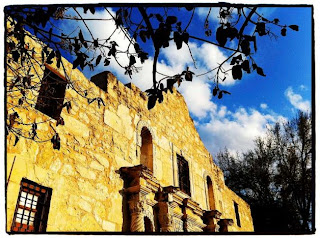 He apparently forgot the Alamo!

Ozzie did too but I believe he's since apologized.


An El Paso man was released from jail Sunday morning after being arrested by security guards the previous night and accused of urinating on the Alamo.

Daniel Athens, 21, was intoxicated when he was detained in front of the Alamo around 9:25 p.m., a member of the Alamo Rangers said.