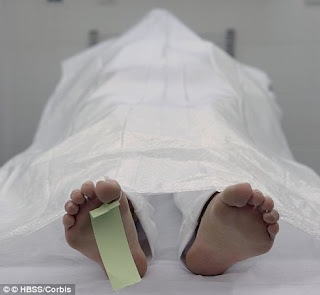 You got to be freaking kidding me!

One last kiss would at least be okay.

Alleged proposals to allow Egyptian husbands to legally have sex with their dead wives for up to six hours after their death have been branded a 'complete nonsense'.


The controversial new 'farewell intercourse' law was claimed, in Arab media, to be part of a raft of measures being introduced by the Islamist-dominated parliament.


They reported it would also see the minimum age of marriage lowered to 14 and the ridding of women's rights of getting education and employment.