Dear Chester the molester...My name is Cindy and I am in the 4th grade .... 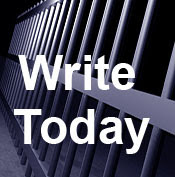 This is one of those situations where there oughtta be a law.

Perhaps there will be.

While he was jailed in Comal County on a child sexual molestation charge, Rickey R. Rowlett exchanged letters with elementary students in Houston — a correspondence arranged by their now-former teacher.

“It's very alarming,” District Attorney Jennifer Tharp said of the pen-pal relationship, discovered last month after a jury convicted Rowlett of repeatedly sexually assaulting a girl younger than 14 between 2008 and 2011.

Tharp traveled to Houston's Trinity Lutheran Church and School to alert staff and parents to the letters, in which she said some fourth-graders provided detailed personal information and expressed a desire to meet Rowlett once he was free.