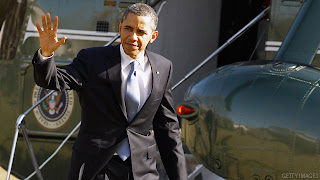 The POTUS has to realize his words have repercussions and he should moderate his rhetoric.

There have been many. many cases where the SCOTUS has reversed laws as unconstitutional.

It's called judicial review for a reason.

Washington (CNN) – President Barack Obama on Tuesday eased his rhetoric on the Supreme Court's upcoming ruling on health care reform but repeated his belief that the justices should follow legal precedent and uphold the law's constitutionality.

His remarks in response to a question at a media luncheon followed criticism by conservatives that the president had leveled a political salvo at the high court a day earlier when commenting on last week's hearings on the 2010 Affordable Care and Prevention Act.