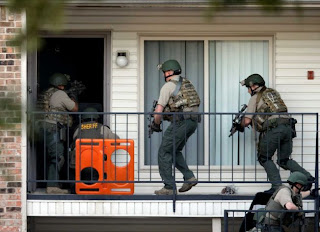 That poor mother, may she rest in peace.

I am glad the baby was recovered uninjured.

Charge her with capital murder please.

HOUSTON — An infant boy only 3 days old was recovered safely Tuesday night hours after being snatched from his mother, who was shot in the process and later died of her wounds.

Although details of the murder and kidnapping remained sketchy as authorities continued to put together pieces of a bizarre puzzle, the one unavoidable fact was that Kala Golden Schuchardt was killed after taking her son to a local pediatrician for a routine checkup Tuesday afternoon.

“My baby, my baby!” she screamed as Keegan Schuchardt was grabbed in his car seat in a pickup by a woman who had jumped from a Lexus sedan parked beside her. Authorities said the woman shot Kala Schuchardt several times in the chest before speeding off with another person, identified only as an adult male sitting in the passenger side of the sedan.