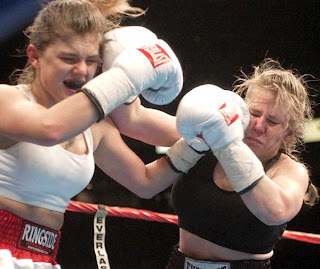 Is Seguin going through a minor crime-wave of assaults?

Seguin police Detective Sgt. Aaron Seidenberger said Destini Wooster, 27, and Aurora Herrera, 23, were booked into Guadalupe County Jail on charges of aggravated assault with a deadly weapon. If proved at trial, the offense is a second-degree felony punishable by two to 20 years in state prison and a fine of up to $10,000.

Both remained in jail Saturday.

Officers were called to the Early Bird apartment complex after a reported assault, and arrived to find a 34-year-old resident of the complex with major injuries to her head and face.

Seidenberger said one of the women believed responsible for the assault used a brass-knuckles or similar device, and the other brandished an automatic pistol in the assault, which occurred at about 5:45 a.m.

Early Bird Apartments is located in the 1300 block of CH Matthies Drive.

“It was determined that the female victim had been assaulted by a female holding some type of metal object in her hand,” Seidenberger reported in a news release. “The second female suspect displayed a semi-automatic handgun and pointed it at the victim.”

Witnesses reported the one with the weapon fired it into the air as the pair fled in a black Cadillac.

Seidenberger reported the victim in critical condition at University Hospital as of 2 p.m. Friday.

Saturday, University Hospital officials said the victim was not listed as a patient and no other information was available.

The suspects were identified during the course of the investigation, Seidenberger said, and were arrested without incident.

The case remained under investigation Saturday.
Posted by Sam at 7:48 AM