The price for your soul 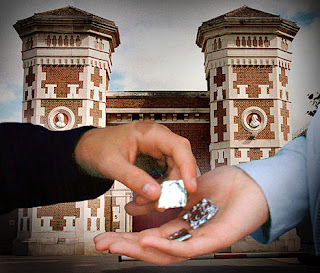 Not much money to ruin your life.

That's all it took for a Bexar County sheriff's deputy to risk arrest and the end of his 20-year-career, authorities said.

Robert Falcon, 48, was busted Friday in a sting operation in which undercover investigators gave him $50 in marked bills to deliver up to 4 grams of fake heroin, or about a tablespoon's worth, authorities said.

Falcon was charged with possession of heroin with intent to deliver, said Sheriff Amadeo Ortiz. Falcon's bail was set at $20,000.