By the rocket's red glare 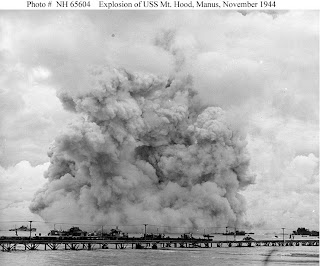 So, how'd you like to be a firefighter who gets called to a TV repair shop on fire call and arrives only to find out that there's also a gun repair shop at the same premises?

Complete with exploding ammunition to boot.

A spectacular fire engulfed a Southwest Side television repair and gun shop Sunday night but no one was injured.

San Antonio Assistant Fire Chief Mike Walsh said the cause of the blaze at Dwight's TV Repair near Southcross Boulevard and Quintana Road was unknown but an arson investigation would be conducted.

Neighbors who saw the smoke and fire erupt from the windows and roof called 911. No one was in the building when the fire started at about 8 p.m., apparently in the repair shop, but it spread to the gun shop area and set off ammunition, so firefighters had to use caution in approaching it, Walsh said.