Does NOT play well with others 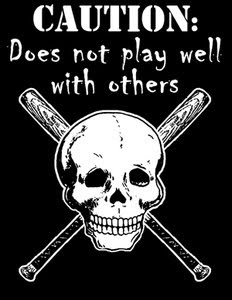 Man, what is wrong with these folks?

They themselves wouldn't have passed Kindergarten.

School officials placed Puesta del Sol Elementary in desert Victorville on lockdown Wednesday morning after a fight broke out among a group of parents.

San Bernardino County sheriff's spokeswoman Karen Hunt said witnesses told deputies several mothers were involved in a verbal argument and it got physical in a field near the ceremony.

Several men then jumped into the fray and the incident turned into a brawl. Hunt said arriving deputies didn't see any physical contact.

There were no arrests and no one reported injuries. No children were hurt.
Posted by Sam at 6:10 PM