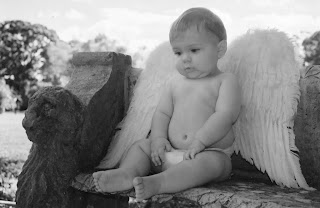 What kind of a coward does it take to shoot and kill a three month old baby?

A monster and a coward, plain and simple.

Someone who deserves the maximum penalty for this crime.

Cops: Man kills baby in standoff with NY troopers
BLOSSVALE, N.Y. (AP)  – New York state police say a man who shot a 3-month-old baby to death in front of troopers during a standoff has been shot by officers and wounded.

Police say the armed man was outside a home in the upstate town of Blossvale when troopers arrived after getting a 911 call about a domestic dispute at about 9:30 a.m. Tuesday.

Troopers say they shot the man after he used a long gun to shoot the baby and open fire on officers.