The Butcher's bill has been paid 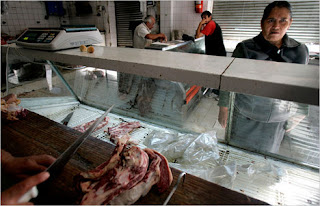 This guy breathed air 32 years longer than his victim did.

There wasn't an option 32 years ago for life without the possibility of parole.  Perhaps he shouldn't have killed Officer Ralph Ablanedo.

Then perhaps both of them would have been alive today.

However he decided to play judge, jury and executioner and now the bill has been paid.

HUNTSVILLE, Texas — Convicted killer David Lee Powell has been executed for using an assault rifle to kill an Austin police officer during a traffic stop 32 years ago.

The 59-year-old Powell received lethal injection after the U.S. Supreme Court refused to halt his punishment Tuesday evening. It's the 13th execution of the year in Texas.

Attorneys had argued his exemplary behavior on death row over the past three decades showed jurors were wrong when they decided he would be a continuing danger and should die for killing 26-year-old Ralph Ablanedo.