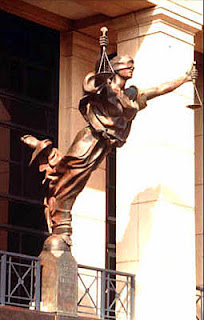 That took quite a while to get him back here from Mexico and bring him to Judtice.

Even though Justice delayed is Justice denied here Justice was still served.

Emerson said he had watched DeLaFuente throughout the trial and believed his character had not changed since the murder, a factor that played a part in his decision.

“I find it inconceivable that you would park across the road and ambush her,” Emerson said. “The pain and hardship you’ve inflicted on this family is beyond belief. We can never compensate them.”

“Today is 7,041 days since (Jose) gunned down his victim in a bar ditch in Kerr County — 7,041 days to admit that he did wrong and accept responsibility,” Barton said. “You don’t kill someone, flee to Mexico, drink margaritas for 20 years and say, ‘don’t sentence me to what you normally would because I’m an old man.’”

DeLaFuente’s attorney, Steve Pickell, asked the court to take DeLaFuente’s age and health issues into consideration before sentencing. Pickell never called a witness during the trial, but he called DeLaFuente’s former employer, Tex Hood, to testify on his behalf at sentencing. Hood said DeLaFuente cut cedar for him.

“He was very dependable,” Hood said. “I was shocked when I heard about this.”

Barton scoffed at the notion that DeLaFuente was a good man.

“The best he’s got to argue to this court was that he was a good cedar cutter,” Barton said. “We’ll find someone else to cut cedar.”

Family members wept as victim statements were read in the court.

Family member Philip Jimenez said the death of his mother caused him to spiral into alcohol and drug abuse until he found Christ several years ago.

“On March 2, 1991, my world as I knew it came undone,” Jimenez said. “Today, I wanted to tell you, Jose, that God has a plan for you. I forgive you and I thank the Lord I didn’t see you (before I accepted Christ).”

“I wish I’d have had the chance to meet (my mom) face to face,” she said. “I missed out on so much not having a mom or a dad. All I have is pictures.”

DeLaFuente stared straight ahead and showed no emotion as family members read their statements.
Posted by Sam at 7:55 AM