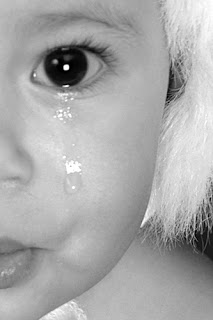 The Defendant has pled guilty to 34 (!) counts of aggravated sexual assault of a child as well as 6 counts of possesion of child pornography and two other offenses.

Each count of the 34 counts of aggravated sexual assault of a child can net him up to life in prison.

He can have all 34 sentences apparently stacked, in other words they will run, each after the other.

Sentencing will be in August.

Donihoo pleads guilty
Christopher Michael Donihoo pleaded guilty Wednesday to 34 counts of aggravated sexual assault of a child, six counts of possession of child pornography and charges of cruelty to livestock and unlawful possession of a firearm by a convicted felon.

Each count of aggravated sexual assault of a child is a first degree felony and carries a punishment of five years to life in prison. Each child pornography count is a third-degree felony that carries a maximum sentence of 10 years in prison.

Donihoo was indicted by a 216th Grand Jury in April, which alleged Donihoo repeatedly molested his then 14-year-old biological daughter.

Assistant 216th district attorney Lucy Wilke said there was no plea agreement in place, so Donihoo is at the mercy of Judge Keith Williams at his sentencing trial.

Williams could decide to give Donihoo 34 stacked life sentences for the charges of aggravated sexual assault of a child.

Wilke would not comment on specifics about the case until Donihoo has his punishment and sentencing hearing on Aug. 19.

The cruelty to livestock and unlawful possession of a weapon by a felon stemmed from indictments issued in Gillespie County.

Donihoo had been in the Kerr County jail since his arrest on April 21. He will remain there until his sentencing.

A call to Donihoo’s attorney, Donnie Coleman, was not returned.
Posted by Sam at 8:08 PM