Of stonewalls and oil 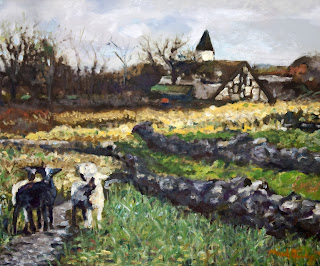 Here's where I have a problem.

You, Congress and the current Administration, have already announced your intentions to sue BP as well as conducting a criminal investigation.  All this even before the well and oil leak/gusher is capped.

I would certainly hope that BP, at this point in time, is spending more energy trying to solve that little engineering nightmare than spending time trying to figure out exactly what happened.

Even after having said that, don't forget you are investigating them for possible criminal charges.  Are they going to be open with you at this time?  Are you naive?

Many of you were/are lawyers you would have told your clients to shut-up.  C'mon admit it.

Look at this portion of the discussion between Henry Waxman and BP's CEO:


“You're not taking responsibility,” complained Henry Waxman, D-Calif., chairman of the House Energy and Commerce Committee. “You're kicking the can down the road and acting as if you had nothing to do with these decisions.”
“I'm not stonewalling,” Hayward responded. “I simply was not involved in the decision-making process.”


From my experience having worked as an Offshore Exploration Geologist for a large Multi-National oil company, Marathon Oil Company, I really doubt that the CEO would have been involved in any of the decision-making process which led-up to the disaster.

(The picture is of a stonewall in England done in oil-based paints.  Yes, subtle isn't it?)

WASHINGTON — In a rancorous, five-hour hearing Thursday, lawmakers scolded BP CEO Tony Hayward for stonewalling their probe of the Deepwater Horizon disaster and accused the company of taking cost-cutting shortcuts that triggered the environmental catastrophe in the Gulf of Mexico.

In response to question after question, Hayward insisted he didn't know what motivated key decisions about the well's design, frustrating House members who complained his answers were “evasive,” “detached” and overly legalistic.

Tensions spilled over less than 20 minutes into the grilling.