Only a part of why we fight 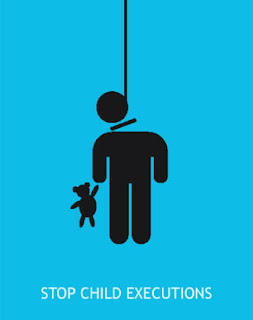 In case you may be wondering why are we still fighting in Afghanistan. this news about the Taliban.

Not content with blowing up schools for girls and beating women that aren't conforming to their ideals.  Oh, and blowing up fellow Muslims at worship or at markets, or at a wedding they are hanging 7 year old children for being spies.

Twisted Taliban militants took terror to a new low by accusing a 7-year-old boy of spying - and hanging him high.

That outrage drew immediate condemnation from the Afghan president, who called the execution a "crime against humanity."

The execution happened Tuesday in the embattled Helmand province, said Dawoud Ahmadi, a spokesman for the provincial governor.

"The innocent boy was not a spy, but he may have informed the police or soldiers about planted explosives," Ahmadi told Central Asia Today.

"If this is true, it is an absolutely horrific crime," added British Prime Minister David Cameron, while on a stop in Kabul. "I think it says more about the Taliban than any book, than any article, than any speech could ever say."

The victim was reportedly the grandson of a tribal elder.

The Taliban has targeted tribal leaders who have supported the Karzai government or took part in U.S. directed reconstruction programs.

Hanging is a favorite Taliban terror method for getting rid of enemies - and sending a message to other would-be opponents.

Nor is this the first time the Taliban has killed kids. Three years ago, they strung up a 70-year-old woman and a child in the Musa Qala district on trumped up spying charges, Ahmadi said.

As news of the hanging unfolded, the war-torn country was hit with further tragedy as a suicide bomber hit a wedding party, killing at least 40 and severely wounding more than 70 people.

Several children were among the dead and wounded. Bits of flesh and severed limbs covered the site.
A Taliban spokesman denied responsibility for the deadly attack.

The governor of the province rejected the denial.

"The Taliban are doing two things at once," Gov. Tooryalai Wesa said.

"On one side they target people who are in favor of the government, then at the same time they don't want people to know their real face."

Violence is on the rise in June as the U.S. prepares a major summertime operation to cleanse the region of Taliban commanders.

At least 17 U.S. service members have been killed in the past four days, including four Americans who died Wednesday when insurgents in Helmand province's Sangin district - one of the most volatile in the country and where the 7-year-old boy was hanged - shot down a NATO helicopter.
Posted by Sam at 7:28 AM