I can't believe they fought over that 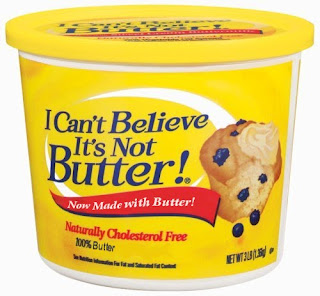 Next thing you know they'll probably be fighting over whether the toilet paper should be placed so it rolls down over the top or rolls up from underneath.

Maybe they should have used the product in the photo.


Cops: Siblings brawl over butter in mac and cheese
SA-Express-News


WATERVILLE, Wash. (AP) -- An argument over butter in a macaroni and cheese recipe churned into violence between a brother and sister. A 21-year-old man called police June 6 to say his 17-year-old sister tried to cut his neck with the serrated edge of a spatula.
The police report said the sister was making macaroni and cheese when her brother asked if she was using butter. That led to an argument over the difference between butter and margarine. And, then butter battle escalated.
The Wenatchee World reported the girl was charged in Douglas County Superior Court with fourth-degree assault.
Posted by Sam at 7:06 AM