Remain calm, all is well! 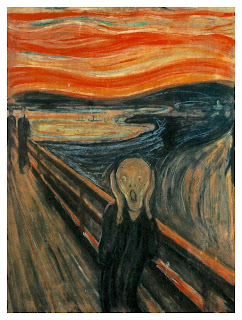 Oh I guess I should feel relieved that the 17 disappeared over the last 2 years but not any in the last 3 months?

I don't feel so relieved.

A nationwide alert has been issued for 17 members of the Afghan military who have gone AWOL from a Texas Air Force base where foreign military officers who are training to become pilots are taught English, FoxNews.com has learned.

The Afghan officers and enlisted men have badges that give them access to secure U.S. defense installations, according to the lookout bulletin, "Afghan Military Deserters in CONUS [Continental U.S.]," issued by Naval Criminal Investigative Service in Dallas, and obtained by FoxNews.com.

The Afghans were attending the Defense Language Institute at Lackland Air Force Base in Texas. The DLI program teaches English to military pilot candidates and other air force prospects from foreign countries allied with the U.S.

"I can confirm that 17 have gone missing from the Defense Language Institute," said Gary Emery, Chief of Public Affairs, 37th Training Wing, at Lackland AFB. "They disappeared over the course of the last two years, and none in the last three months."