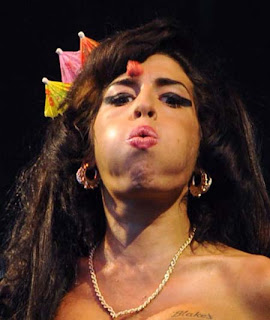 Really, I am surprised he wasn't banned for life.

I mean they probably wouldn't let Amy Winehouse play there and she was just spitting gum.


A tennis player who spat at spectators at Wimbledon has escaped a lifetime ban from the All England Club.
Romanian Victor Hanescu was instead fined a total of 15,000 US dollars (£10,000) by All England Club chiefs for unsportsmanlike conduct and 'not using best efforts' after walking out on his third round clash on Court 18.

Video footage showed the Romanian reacting angrily to comments and jeers from the crowd before quitting his match against German Daniel Brands.

He was fined tonight after a review of the incident by championships' referee Andrew Jarrett and Grand Slam supervisors.