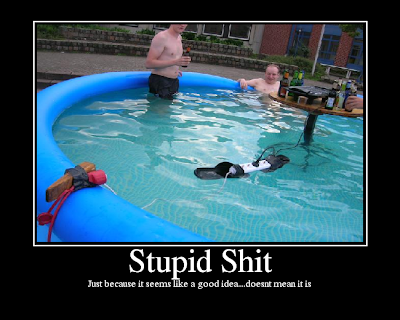 That was some stupid shit they did.

Well, it was.  One's dead and the other goes to prison his life ruined.

Man gets 12 years for manslaughter
By Craig Kapitan - Express-News

When Justin Cardenas emerged from a 14th-floor room at the Emily Morgan Hotel two years ago with blood smeared on his shirt and hands, he immediately acknowledged committing a horrible accident while playing with his best friend's gun, authorities said.

But, on Monday, as he was sentenced to 12 years in prison for the manslaughter of Justin Halsell, 23, state District Judge Sid Harle sternly corrected him.

“It wasn't an accident or we wouldn't be standing here today,” Harle said. “You were aware of and consciously disregarded an unjustifiable risk.