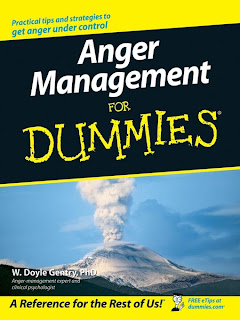 Anger counselor who pulled out gun gets jail
apnews.myway.com

ALEXANDRIA, Va. (AP) - A former priest and anger-management counselor who pulled a gun in a traffic dispute on two men who happened to be U.S. Marshals has been sentenced to a year in prison. Fifty-seven-year-old Jose Luis Avila of Annandale pleaded guilty earlier this year in U.S. District Court to assaulting a federal officer.

In January, Avila was driving by the marshals near his home. He honked his horn because he believed they were standing in the road. When he thought one of the marshals made an obscene gesture at him, he pulled out a loaded handgun.

The 12-month sentence was in line with what prosecutors had sought. Defense lawyers wanted probation or time served; Avila has been jailed since January.

Avila has also been ordered to undergo anger management.
Posted by Sam at 7:12 AM