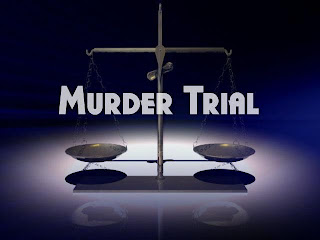 The death penalty is not being sought.  The accused is charged with causing the death of 25 day old Kyndra Billig by shaking or tossing her down onto an ottoman.

Trial begins for accused baby killer
SEGUIN — The jury that will decide the fate of accused baby killer Michael League was impaneled Monday, and immediately afterward was told by prosecutors why they should send the suspect to prison for the rest of his life.

Assistant district attorneys Larry Bloomquist and Bill Squires presented their statement at about 4 p.m., opening the trial before Judge W.C. Kirkendall, who is presiding in 2nd 25th Judicial District Court.

Trial resumes at 8:30 a.m. today with opening statements by defense attorneys Gina Jones and Bill Maynard, and then Bloomquist and Squires will begin presenting prosecution witnesses, including Seguin Police Detective Sgt. Curle Price, who is the lead investigator on the case.

League stands charged with the capital murder of a person under six years of age, although prosecutors have elected not to seek the death penalty in the case.

If League is convicted, he faces a mandatory life sentence without parole.

The trial is expected to last two weeks or more.
Posted by Sam at 6:33 AM