Not guilty of murder, guilty of criminally negligent homicide 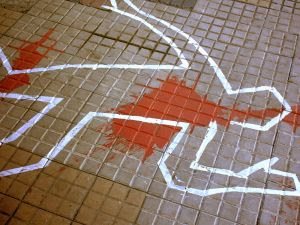 From the accounts in the paper I would have thought this would have been a slam-dunk guilty on the murder charge.

I guess it just goes to show you anything could happen when a jury deliberates.  Of course they have had the benefit of seeing and hearing all of the evidence in the case.  Which you and I have not.

A San Antonio man on trial on a charge of murder after telling police his wife shot herself playing Russian roulette instead was found guilty Wednesday night of criminally negligent homicide.

Richard Thomas Casanova, 48, now faces up to two years in state jail for the Oct. 12, 2006, death of Kimberly Rogers.

If he'd been found guilty of murder, he would have faced up to life in prison.