She made the Earth moo (ve) 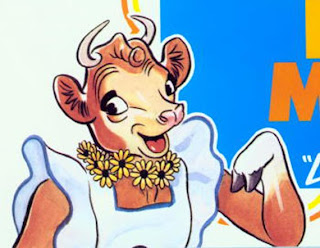 
Man claims cow seduced him for sex
By QMI Agency

An 18-year-old Indonesian man says he was seduced by a cow, and that's why he was having sex with it.

"He was caught by one of the residents standing naked while holding the back of the cow," village chief Embang Ida Bagus Legawa said in the newspaper.

Alit said he didn't see an animal, he saw a beautiful young woman.

"She called my name and seduced me, so I had sex with her," the man told the newspaper.

Alit underwent a cleansing ritual. The village chief gave the owner of the cow the equivalent of $562.

The cow was reportedly drowned in the sea to rid the village of bad luck.
Posted by Sam at 5:07 PM