The search for a new chief continues 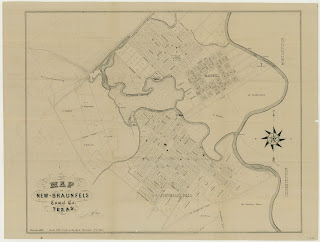 It appears to me that the City of New Braunfels is casting a wide net in the search for a new police chief.

This can only increase the quality of the applicants which, I believe is a good thing for all concerned.

The applications will be accepted through July 30th.  Good luck!

By Bryan Shettig The Herald-Zeitung
New Braunfels officials have begun receiving the first applications and resumes for the vacant police chief job and will do so until July 30.

The job listing, posted on several websites late last week, has drawn interest, though the number of applicants so far has not been released, said Julie O’Connell, human resources director for the city.

How do I get my Member ID/password if I am a print subscriber?
Your Member ID is your last name, and your password is your account number. Your account number is on your renewal card, or you can email circulation@herald-zeitung.com and we will provide it to you.
How do I get my Member ID/password if I am an online-only subscriber?
Once you have registered and subscribed, your registered Screen Name and Password will grant you access to all of the content your subscription package includes.
Forgot your password?
Click on the link on the login page.
I'm logged in. Why am I unable to view the content on this page?
You have likely registered an account (allowing you to log in), but not signed up for a service package. Select a package from the service list above to gain access.