Also charge him with negligent stupidity 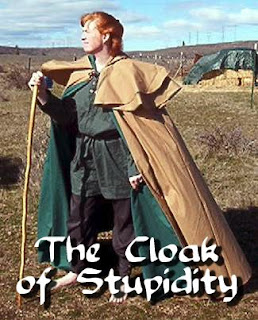 Oh brother.  First he makes up a story saying someone shot him, then admits he threw the baggie of weed found near him because he didn't want to get into trouble.

What else can be said?

A man remains hospitalized in stable condition Sunday, hours after he shot himself in the leg on the Northeast Side, according to authorities.

Dennis Jones, 19, first told San Antonio police he was shot by an unknown man while he was walking on Eleanor Avenue near Broadway Street around 11:20 p.m. Saturday.

Police searched for the shooter on foot, by car and by air, using the department's helicopter, Eagle, according to an incident report.