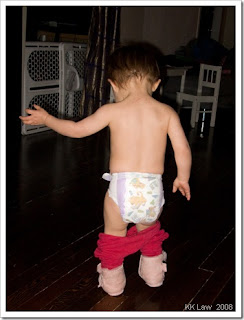 I don't think I would want to be on a plane being piloted by this fellow.


United pilot detained for removing pants in Rio airport
by Associated Press
A United Airlines pilot was briefly detained at the international airport in Rio de Janeiro after lowering his pants during a security screening, police said Saturday.

Pilot Michael D. Slynn, 49, was asked to remove his belt and shoes as part of a routine security screening Friday afternoon. In response, Slynn laughed at security guards and lowered his pants to his ankles, said a police spokesman who was prohibited by departmental rules from giving his name.

Slynn was detained but released shortly afterward and allowed to fly back to Washington, D.C., after signing a document promising to appear before a judge the next time he is in Brazil, the spokesman said.

Calls to United Airlines in Brazil were not immediately returned. When asked for comment, Sarah Massier, a spokeswoman for the Chicago-based company, wrote in an e-mail, “We are investigating the matter.”

Two telephone numbers listed for a Michael Slynn, in California and Florida, respectively, were disconnected or could not take messages Saturday.

Federal Police Chief Rafael Andreatta was quoted by the Internet site of the Brazilian newspaper O Globo as saying the pilot “did not respect security rules and made fun of officers.”

It was not the first time an American pilot has gotten into trouble for allegedly responding inappropriately to Brazil’s airport security measures.

In 2004, American Airlines pilot Dale Robin Hersh was fined $13,000 for allegedly giving the finger as he was being photographed at Sao Paulo’s Guarulhos International Airport. The photograph was among entry requirements for U.S. citizens implemented by Brazil at the time in response to similar rules in the United States.

Police accused Hersh of showing contempt for authorities and took him to a federal courthouse. Hersh agreed to a prosecutor’s offer to pay a fine in exchange for no charges being filed against him.
Posted by Sam at 7:05 AM