It starts? Or has it never really stopped? 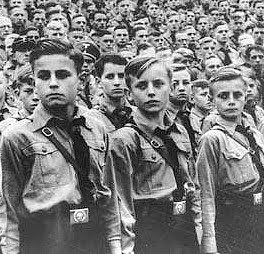 Police said the incident is under investigation and that they do not have an exact number of attackers yet. Schiewe said there were several Muslim immigrant youths among the attackers.

Two suspects, a 14-year-old and a 19-year-old, were being questioned, he said.

Alla Volodarska, whose Progressive Jewish community of Hannover group held the performance, told The Associated Press in an interview that members were still in shock.

"What happened is just so awful," Volodarska said. "The teenagers started throwing stones the moment our dance group was announced, even before they started dancing."

Volodarska said she did not attend the event herself, but had talked to several members of the eight-person dance group since the incident. She said one dancer, a woman in her forties, was injured by several stones that hit her leg.

"There were many kids throwing stones, many of them, but we don't know the exact number," she said, adding that the community had performed Israeli group dances at many festivals in the past and never experienced this kind of hostility before.
Volodarska said that the festival took place in Sahlkamp, an immigrant neighborhood of Hannover.
Posted by Sam at 10:02 AM