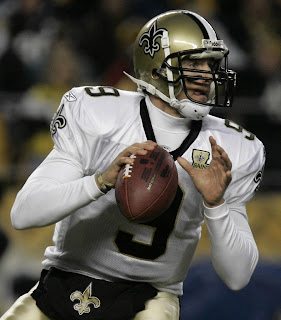 Man!  What a great Super Bowl game it was yesterday.

Both teams have much to be proud of.

Congratulations to Drew Brees, the Saints, and the City of New Orleans!

“It was all meant to be,” said Brees, the Saints quarterback and Austin Westlake graduate. “It was destiny.”

It certainly seemed that the football gods had indeed touched Brees and his teammates as they rallied to upset Manning and the Indianapolis Colts 31-17 Sunday night in a thrilling game that will forever be part of Big Easy lore.