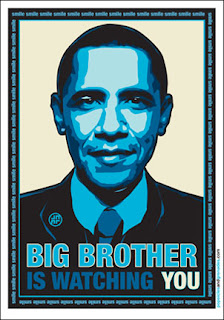 by Declan McCullagh - news.cnet.com
Two years ago, when the FBI was stymied by a band of armed robbers known as the "Scarecrow Bandits" that had robbed more than 20 Texas banks, it came up with a novel method of locating the thieves.

FBI agents obtained logs from mobile phone companies corresponding to what their cellular towers had recorded at the time of a dozen different bank robberies in the Dallas area. The voluminous records showed that two phones had made calls around the time of all 12 heists, and that those phones belonged to men named Tony Hewitt and Corey Duffey. A jury eventually convicted the duo of multiple bank robbery and weapons charges.

Even though police are tapping into the locations of mobile phones thousands of times a year, the legal ground rules remain unclear, and federal privacy laws written a generation ago are ambiguous at best. On Friday, the first federal appeals court to consider the topic will hear oral arguments (PDF) in a case that could establish new standards for locating wireless devices.

In that case, the Obama administration has argued that warrantless tracking is permitted because Americans enjoy no "reasonable expectation of privacy" in their--or at least their cell phones'--whereabouts. U.S. Department of Justice lawyers say that "a customer's Fourth Amendment rights are not violated when the phone company reveals to the government its own records" that show where a mobile device placed and received calls.