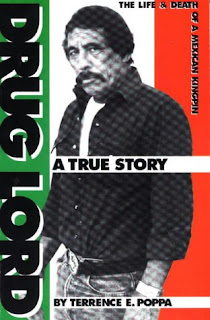 You are all forgiven?

Mexican drug lord apologizes for a lifetime of 'mistakes'

By Dane Schiller - Houston Chronicle
As Mexican drug kingpin Osiel Cardenas Guillen — whose ruthless Gulf Cartel took hundreds of lives while smuggling tons of cocaine — stood before a federal judge in Houston, he made his first public statement in years, saying he was sorry for his “mistakes,” according to a transcript obtained by the Houston Chronicle on Thursday.

“I apologize to my country, Mexico, to the United States of America, to my wife, especially my children, for all the mistakes I have made,” a shackled Cardenas said, according to the transcript.

Cardenas, 42, was known for hands-on leadership and bringing a new level of brutality to Mexico’s warring underworld with his squad of former Mexican special forces soldiers turned cartel enforcers.