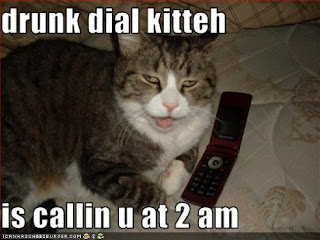 And to think it all started out because the officers were trying to be nice and just take him home.

BRIDGETON — State police said an intoxicated man being driven to his southern New Jersey home by troopers called 911 and claimed they were kidnapping him.

The incident began after the Bridgeton man — whose name was not disclosed — was taken to the state police barracks in that Cumberland County community earlier this month.

Law enforcement officers had found him while investigating a disorderly persons call in Bridgeton and decided to transport him home, putting him in the cruiser's back seat.

After making the fake 911 call, he continued to be disorderly despite repeated warnings. When the troopers pulled over and tried to arrest him, he resisted but was eventually restrained and taken back to the barracks.
He was charged with disorderly conduct, resisting arrest and obstruction.
Posted by Sam at 8:28 AM