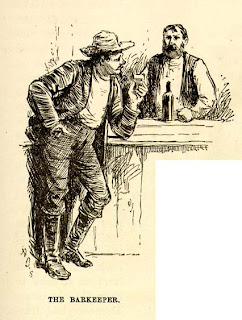 It sounds like a revenge or grudge shooting to me.

Express-News -
Police are searching for two masked gunmen who shot and critically injured the owner of a Northwest Side bar late Wednesday night.

A man in his 60s, who police said owns the You Know Sports Bar in the 1800 block of Bandera Road, was shot at least once and suffered life-threatening injuries. He was taken to University Hospital in critical condition.