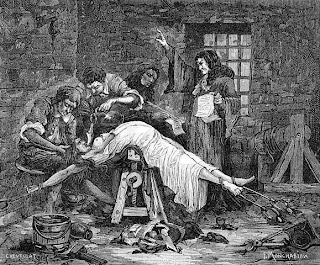 Forty years doesn't sound like much considering what was done to the victim.


Man gets 40 years in kidnap, torture

By Craig Kapitan - Express-News
Jurors sentenced a San Antonio man to 40 years in prison Friday for kidnapping a woman, raping her and subjecting her to an hours-long torture session that included burning her and pulling her teeth out with pliers.

Matthew Earl Gaither, 22, was found guilty Thursday of aggravated sexual assault and aggravated kidnapping — first-degree felonies punishable by up to life in prison.