Crossing the t's and dotting the i's 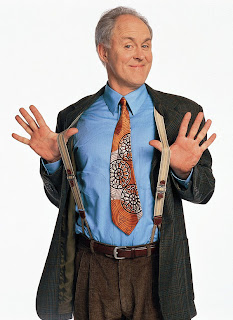 Judge Clawson is a good judge and a friend of mine.  (full disclosure)

His advice to always pay the filing fee is a good one.  I always paid even when I had more than enough signatures to file.

Judge: Cass will stay on the ballot
SEGUIN — Precinct 2 Justice of the Peace Edmundo “Cass” Castellanos is on the Democratic primary ballot, and will be on the general election ballot next November, a visiting state district judge ruled Thursday afternoon.

Visiting District Judge James F. Clawson Jr. declined to overturn a Feb. 12 ruling by the Fourth Court of Appeals that dismissed a lawsuit by Sheryl Sachtleben, who is the incumbent judge’s Republican opponent in next November’s general election.

Sachtleben sought to force Guadalupe County Democrat Party Chair Phillip Bennett to remove Castellanos from the ballot, alleging that several of his signatures on the petition in lieu of filing fee submitted back in December were no good.

After Clawson issued his ruling, both sides alleged irregularities in the other’s application for a place on the ballot.

Sachtleben’s attorney asked that his client be allowed to state into the court record her allegations, and she leveled charges of election fraud against Castellanos, known as “Judge Cass” to his constituents, to whom she lost a hard-fought election four years ago.

“If you go through the database, clearly when Judge Cass was verifying those signatures, he provided eight of them with different voter identification numbers,” Sachtleben alleged. “I took great offense to that, and if we don’t do anything else here today, I want the public to know, and I’ve taken this action because I feel people need to know we have a judge who did this, and it’s not right.”

Castellanos declined comment on the petition issue at the advice of Bennett, a retired U.S. Air Force non-commissioned officer and grade school teacher who successfully represented the party and his candidate in the hearing.

But Bennett answered the allegations with one of his own.
“Look at her petition,” Bennett said outside the courtroom. “The statement she made in court was blatantly false on its face. She had a petition, we challenged it, and there were up to 40 signatures that were invalid.”

Even still, Sachtleben had more than the required 53 signatures, while Castellanos came up two signatures short.

Some of Sachtleben’s signatures, Bennett said, were in handwriting that he believed indicated that one person had signed for more than one voter.

After Clawson told both sides he wouldn’t rule contrary to the ruling by the appeals court, he explained to the sides why.

Sachtleben’s attorney, Paul Finley of New Braunfels, said the judge explained that appeals judges don’t rule on cases involving disputed facts — only on cases in which they review what other judges do.

Sachtleben said she’d originally filed her dispute at the appeals court on Feb. 11 because the Texas Election Code and an employee in the Secretary of State’s office that oversees elections told her to do so.
She filed the same demand that Bennett pull Castellanos from the ballot in 25th Judicial District Court on Feb. 12 because she became concerned that she may have originally filed it in the wrong place.

“I’m not stopping, and I look forward to winning a good election,” Sachtleben said. “But I’m also interested in pursuing what I consider are fraudulent voter identification numbers.”

Had the judge considered Sachtleben’s pleading on its merits, Bennett’s defense to the allegation was two-fold: first that Sachtleben had notified him after he’d certified the signatures on the ballot in good faith and at a time when Castellanos had no recourse, and second, that it was too late under the law because of a case in which another Texas state court had ruled that such a challenge had to be mounted by when absentee ballots are accepted — Jan. 15 instead of Feb. 16.

Castellanos submitted his petition on Dec. 29, and had he realized some of the signatures were invalid then, Bennett said, Castellanos would have had a couple days before the Jan. 4 deadline to get the two additional signatures he needed.

The judge listened, and then spoke briefly to offer Castellanos what he called a “little friendly advice.”

“The next time you run for office, I suggest paying the filing fee,” Clawson said.
Posted by Sam at 8:13 AM