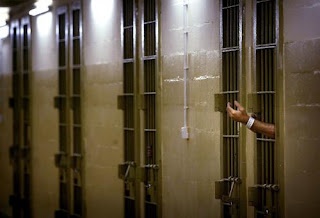 The system will continue its self-examination to determine if it could have done anything differently.

He had been in custody since January, 2009 and the BCSO says there had been no indication of any mental illness or problems.

You would think there would have been some sign or warning.


Inmate kills self in cell at Bexar jail

By Eva Ruth Moravec - Express-News
A Bexar County Jail inmate hanged himself in his cell Tuesday night, the first jail suicide of 2010 following a year in which an unusually high number of inmates killed themselves, authorities said.

The suicide comes just weeks before a national expert on inmate suicides visits the jail at the request of Sheriff Amadeo Ortiz to evaluate procedures at the facility, which last year reported the highest number of inmate suicides in at least a decade.