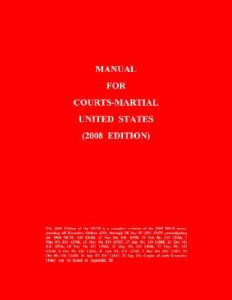 Then I guess your client should not have gunned down, in cold blood, 13 soldiers including one who was pregnant as well as wounding many others.

I have not practiced in military courts but my understanding is they move fairly quickly along.

I cannot muster up a whole bunch of sympathy for Major Hasan yet I agree he should receive his measure of justice, which is more than he gave his victims.

By Scott Huddleston - Express-News
The Army hopes to hold an Article 32 hearing in three weeks for Maj. Nidal Malik Hasan, the suspect in the Fort Hood shooting rampage.

But Hasan's lawyer, John Galligan, said he'll seek a delay in the evidentiary hearing, which the Army has tentatively set to begin on March 1, with Col. James Pohl as the investigating officer.

“There will not be a hearing starting March 1 unless it's over defense counsel's objections,” Galligan said. “If it occurs, it will be inadequate and not in compliance with the spirit of Article 32” of the military code.

Article 32 below:
§ 832. Art. 32. Investigation
(a) No charge or specification may be referred to a general courtmartial
for trial until a thorough and impartial investigation of all
the matters set forth therein has been made. This investigation
shall include inquiry as to the truth of the matter set forth in the
charges, consideration of the form of charges, and a recommendation
as to the disposition which should be made of the case in the
interest of justice and discipline.
(b) The accused shall be advised of the charges against him and
of his right to be represented at that investigation by counsel. The
accused has the right to be represented at that investigation as
A2-9
UNIFORM CODE OF MILITARY JUSTICE § 832. Art. 32.(b)
provided in section 838 of this title (article 38) and in regulations
prescribed under that section. At that investigation full opportunity
shall be given to the accused to cross-examine witnesses
against him if they are available and to present anything he may
desire in his own behalf, either in defense or mitigation, and the
investigation officer shall examine available witnesses requested
by the accused. If the charges are forwarded after the investigation,
they shall be accompanied by a statement of the substance of
the testimony taken on both sides and a copy thereof shall be
given to the accused.
(c) If an investigation of the subject matter of an offense has
been conducted before the accused is charged with the offense,
and if the accused was present at the investigation and afforded
the opportunities for representation, cross-examination, and presentation
prescribed in subsection (b), no further investigation of
that charge is necessary under this article unless it is demanded
by the accused after he is informed of the charge. A demand for
further investigation entitles the accused to recall witnesses for
further cross-examination and to offer any new evidence in his
own behalf.
(d) If evidence adduced in an investigation under this article
indicates that the accused committed an uncharged offense, the
investigating officer may investigate the subject matter of that
offense without the accused having first been charged with the
offense if the accused—
(1) is present at the investigation;
(2) is informed of the nature of each uncharged offense investigated;
and
(3) is afforded the opportunities for representation, cross-examination,
and presentation prescribed in subsection (b).
(e) The requirements of this article are binding on all persons
administering this chapter but failure to follow them does not
constitute jurisdictional error.
Posted by Sam at 6:57 AM