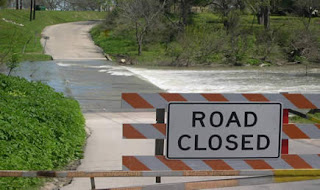 I had met him in the past and he was a very nice person.

By Brian Chasnoff - Express-News
Bexar County officials decided not to erect barricades at the Cibolo Creek crossing where restaurant co-owner Randy Goss drowned Wednesday night, even though their counterparts in Comal County blocked the other side of the crossing about an hour earlier.

A worker with Comal County opted to block the Specht Road crossing at 7:45 p.m. because the water had risen three feet above the roadway, according to Tom Hornseth, the county’s engineer.

“He put a spotlight on our gauge and saw that it was running 3 feet deep, so he closed the road,” Hornseth said.