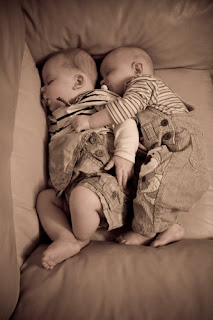 This is just horrible.

A woman stood outside her North Side home Tuesday afternoon and met police by holding out her hands and saying, “I just killed my babies.”

Police Chief William McManus said the woman, 22, was calm as she allowed herself to be handcuffed. McManus said police then forced their way into the house on Weizmann Street near Blanco Road because the door had been locked.

Once inside, they found her two sons, ages 1 and 3, dead. The boys were dressed and lying on their backs in a bed, shoulder to shoulder, the chief said.