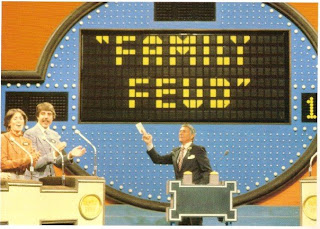 Its sounds like the Hatfields and McCoys I reckon.


Man shot in ongoing dispute
By Michelle Mondo - Express-News
A man was shot twice in the abdomen Sunday night, possibly because of an ongoing feud between his family and the family of the shooter, officials said.

The shooting occurred on the city's far West Side at 7 p.m. near the 500 block of Tomar Drive off the U.S. 90 West access road.

San Antonio Police Sgt. Mark Hubbard said the victim, 30, was taken to Wilford Hall Medical Center in stable condition. Hubbard said the shooter, 26, fled the scene in a vehicle but police were getting conflicting descriptions of the car.