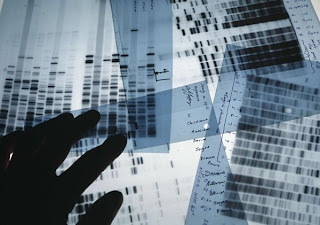 How wonderful a crime-fighting tool DNA evidence can be if the lab performing the analysis is trustworthy.

How likely would his DNA evidence be?

Not very likely as they broke up apparently 2-3 months before her murder.

The father of a woman strangled in an apartment near Alamo Heights in 2009 says he always suspected her ex-boyfriend played a role in her death, but it took DNA from a bloodied towel for San Antonio police to arrest him Saturday morning.

“It really doesn't bring closure. I think we're a long way from being through,” said Darrell Edwards, who with his wife discovered their youngest child brutally murdered in her apartment about 24 hours after she was killed.