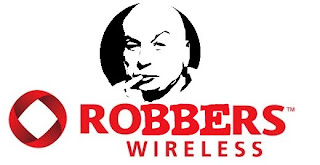 Nothing need be said regarding this.

It speaks volumes all by itself.

SAN DIEGO — A man who was busy robbing his elderly victim Saturday became so upset when a bystander tried to break up the crime by punching him in the face that he called police to report an assault.
Bad move.

Once they put two and two together, police officers located the 83-year-old victim, who confirmed the crime, and arrested the 43-year-old man for suspected elder abuse and robbery, said San Diego police Officer David Stafford.

Police were called at 4 p.m. to Akins Avenue at 62nd Street near a trolley station, where the robber had the elderly man pinned against a wall and was rifling through his pockets when the bystander interrupted the crime, Stafford said.

No other information was available about the robber, or the 35-year-old man who came to the victim’s aid.
Posted by Sam at 7:06 AM